Conference media have been rolling out preseason predictions and all-conference teams for 2019. Since completing the College Football Atlas 2019 preview, which digs deep into the McIllece Sports one-of-a-kind coaching staff database, I’ve turned my attention to creating something you never see: all-conference coaching staffs.

I’m kicking off this new series of posts with the Sun Belt, led by Red Wolf head man Blake Anderson. While Arkansas State nabbed the head coaching slot, Georgia Southern and App State lead with three assistants apiece on the All Conference Staff. 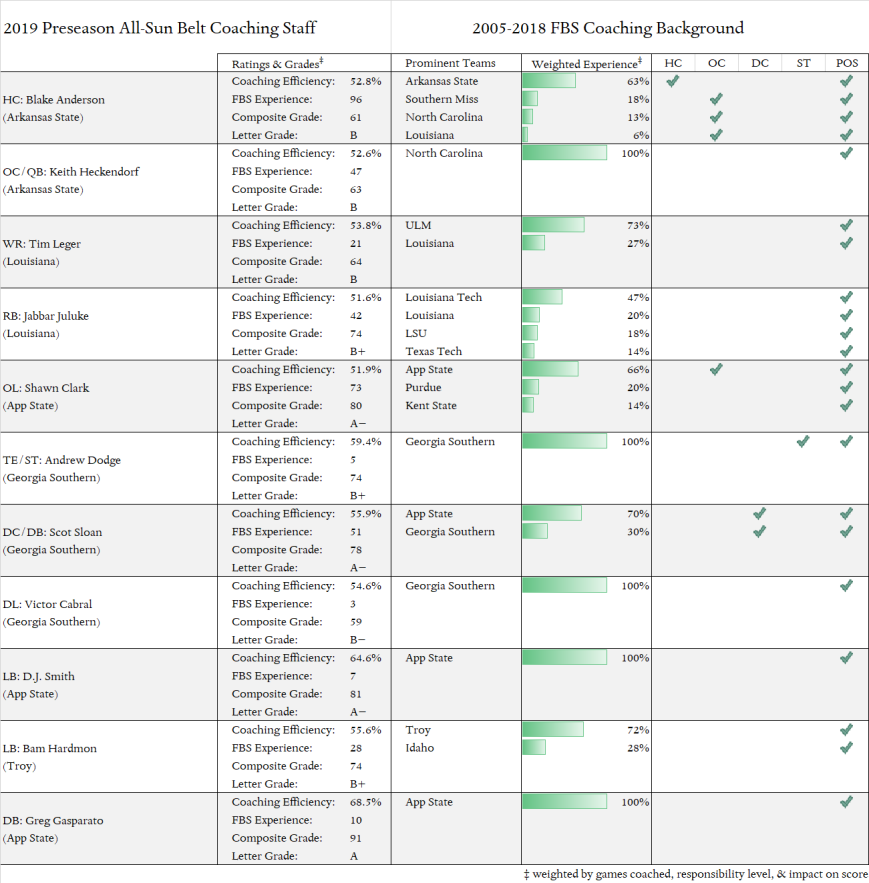 Note: Georgia State’s DL coach in the Atlas preview is listed as Brad Lawing, an A+ rated coach who would have been a shoe-in for this list. However, after the preview’s Sun Belt layouts were finalized, Lawing moved on and was replaced by Travian Robertson.

One thought on “All Conference Coaching Staff: Sun Belt”

This site uses Akismet to reduce spam. Learn how your comment data is processed.